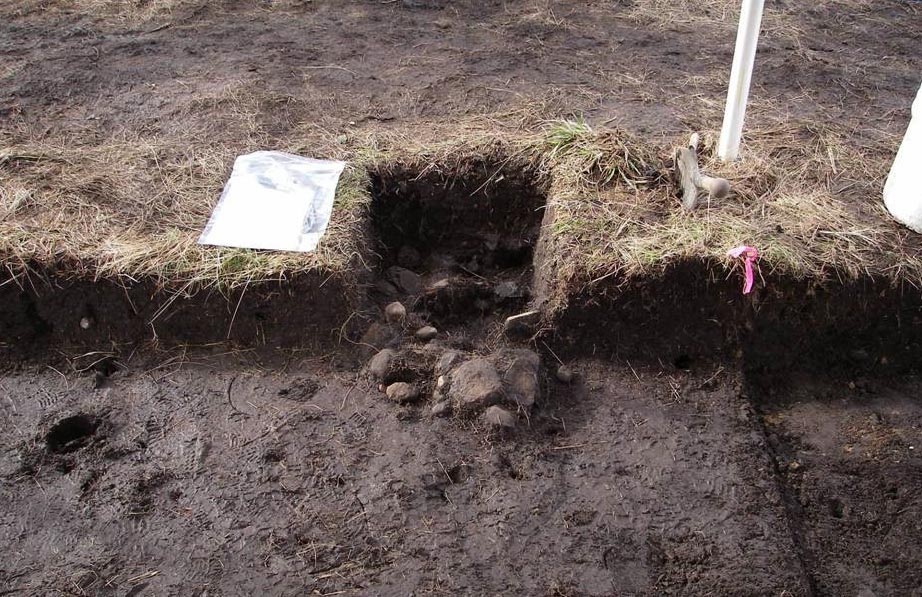 The Priest Point Village was located on the southeastern shoreline of the Tulalip Reservation. We know that the village had three longhouses and they were not fortified. In 2001, heavy equipment exposed human remains during a bulkhead installation project. Excavation of the remains revealed overwhelming archaeological evidence of the č̓ƛ̕aʔqs Village at Priest Point.

Our ancestors depended on the Hibulb villagers to warn them of hostile tribes in the territory. Once warned of an attack, the elders, women and children could escape while the others could prepare for battle. č̓ƛ̕aʔqs (Rocky Point) name was changed to Priest Point after Father Eugene Casimir Chirouse set up his first Catholic mission and school in 1857.

It is not part of our cultural values to uncover our ancestral remains, personal items or ancient village sites. Since this project inadvertently exposed our ancestors we were compelled to properly document and rebury what was uncovered. We have selected a few images from the excavation. The images that we show here is out of respect for our č̓ƛ̕aʔqs people. Our ancestors are at rest and at home never to be disturbed again.

The Tulalip Tribes believes that our ancestors and their belongings should not be disturbed. It is not a cultural value to remove human remains or the artifacts associated with the remains from their resting places.

The artifacts you see in these cases were gifted to the Tulalip Tribes Hibulb Cultural Center. We have been charged with the responsibility of caring for these objects in perpetuity for the ancestors that once owned them. None of the artifacts exhibited are associated with a burial.