Value #7: We Do Not Gossip, We Speak the Truth 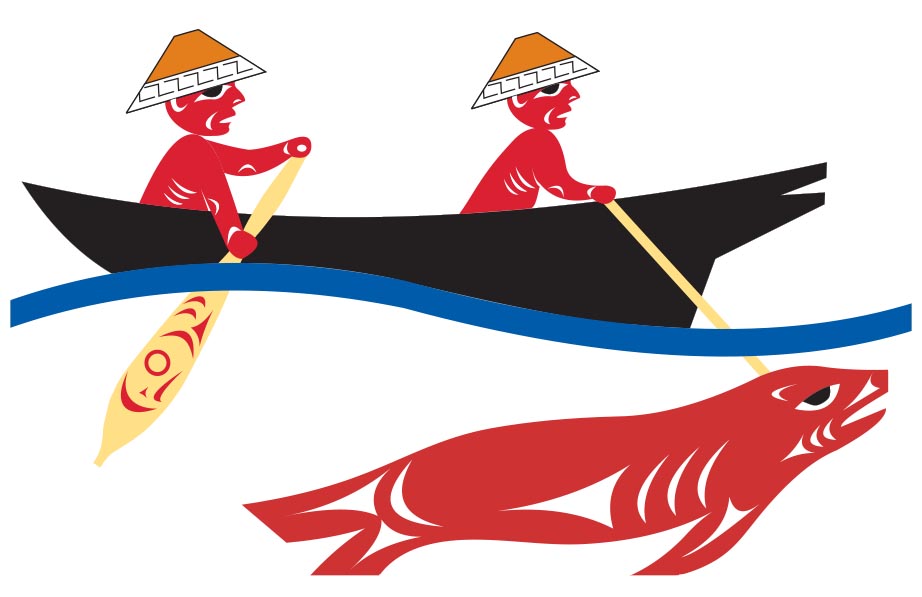 From the story told by səswix̌ab, Martha Lamont.

Long ago, before the world became the way it is today, there lived a man who was famous for his canoe carving. His wife was younger than he was. This canoe carver used to work far away from the village, so he would be gone a lot. His wife had two brothers, well-known seal hunters. This family lived at Priest Point long ago.

The two young men were excellent at getting food from the sea—seals, salmon, halibut—they always brought back food from the sea. Not only that, they cleaned it, butchered it, cooked it. They fed all the old people. They even dished up for their sister and her children and brought meals to her house. "Here," they said. "There is enough so you can put some aside for your husband when he gets back. There is plenty." They brought seal meat, salmon, halibut, all cooked.

But their sister and the children would eat everything. There would be nothing left for her husband when he arrived. He would say, "Didn’t my brothers-in-law bring food for the family?" And she would say, "No. It’s a shame how they act. They don’t take care of us the way brothers-in-law should." The canoe carver was away a lot. He did not know she was lying. He only saw his children’s dirty faces, where she had smeared ashes to hide the oil from the salmon they had eaten. He thought his children were going hungry.

He decided to take action against his brothers-in-law. He carved a seal out of a cedar snag. He worked on it until it was perfect. He taught it to bend itself back the way a seal does and to bark like the real thing. Then he put it on a rock in the bay. "Look," he said to his brothers-in-law. "Look what there is out there, just waiting for you seal hunters." They went after the seal in their two-man seal-hunting canoe.

As soon as they harpooned the seal, it dove into the sea and began to pull them away from land. It swam so fast that the one brother could hardly steer. He told the other brother, who was hanging onto the harpoon rope, "Let go. We are out of control. Let go of the rope." But the brother’s hands were stuck to the rope. Something had been done to them.

They were pulled through the water for days. Fog descended around them and they did not know where they were headed. Finally, they ran aground. The fog lifted. They saw their harpoon point stuck into a cedar snag, no trace of a seal. That was when they knew their sister’s husband had done this to them. But why?

Back at their village, their mother and grandmother were mourning for them. They thought the two young men had died. The women had cut their hair. They would go out onto the rocks and cry. They had burned their young men’s possessions.

After a long time, the young men made their way back home. They told what had happened to them. At this point, the way the story is told, not much is said about the sister and what happened when the news came out. Just: "Something happened to her. I do not know how she got killed."

After that, the brothers could not stay in the village. It was such a complicated situation, with their brother-in-law and their sister’s mother and them. Their sister had died from what they had told. Yet her lies were the reason for everything that had happened.

These young men left to live a different life elsewhere. They and their descendants became the pod of Killer Whales that hangs around outside the bay. This is how it later came about that when the people at Priest Point were starving, the descendants of those seal-hunters would come to help out. That is the end.