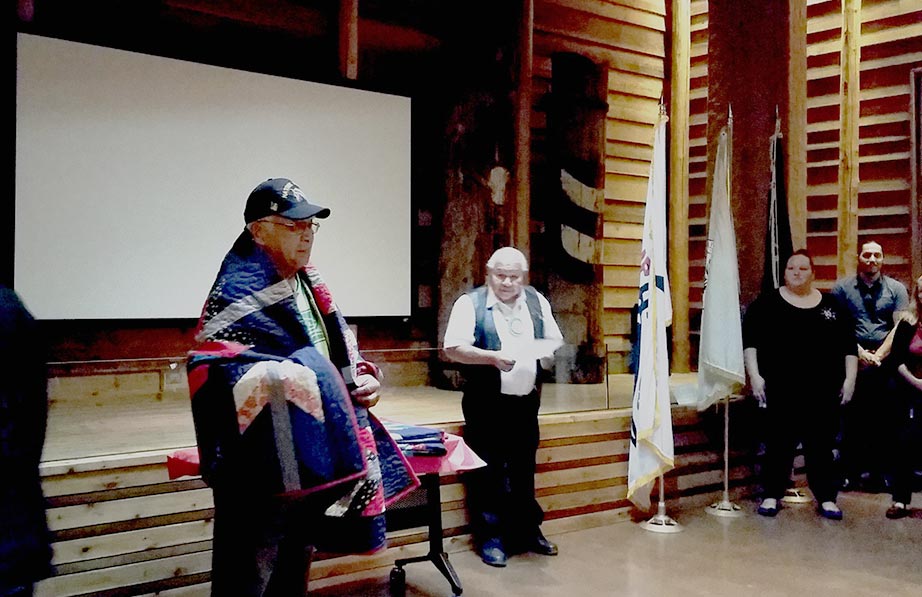 A few years ago, a group of concerned people from our Tulalip Tribes community sought advice from elders about what they would consider the most important teachings they had received from their elders. Through repeated meetings, seven teachings came forward, sometimes in the old language and sometimes interpreted in modern words. These seven teachings have been adopted as the core values for our Tribe. It was also brought out by elders that these teachings were never given as sentences or slogans all by themselves. For the teaching to come out fully in all of its aspects, it needed to be passed on in a story. Why?

In the old days that are remembered by our oldest elders, young people needed to be able to observe their surroundings closely to understand the signs that were shown them by tracks, smells, the condition of the plants, the look of the sky. And then, on the basis of their observation, decide on a course of action. Incomplete observation or foolish decisions could result in injury, captivity or starvation for oneself and one's family. Stories, with their multiple levels of meaning for listeners of all ages, and with the demands they make on the memory and judgment of the audience, were the most effective way of introducing and reinforcing the skills a person needed to be successful in a demanding world. Moreover, it is not just the telling of the teachings, but the practice of reflecting on and figuring out every part of the teachings, that provide the full measure of what stories continue to bring to us.

Our people did not lose a sense of self or of right and wrong, because they had stories that reached from the olden days right up into their current lives, testifying to who we want and continue to be. The voices of ancient wisdom may be heard in translated form today, but they are not silenced. As the Tulalip people, we have always lived and worked close together as a number of families under one longhouse roof, as a community of fishermen along a tribal shoreline, as workers for the common good under tribal government. Our stories provide opportunities to consider what works and does not work in community life. They provide wisdom beyond the power of books or the classroom on honorable dealings with each other, on devotion to what is right and good, on hard work, and on happiness. As one ancestor said, "In the old days, our people lived like kings." She did not mean they were rich. She meant they were noble and in control of their lives. The stories are our pathway to reclaiming that heritage.

Storytellers Have A Gift

When we listen to a story, we might sit back and relax. Our ancestors were much more active in their listening. Stories told about history, personal feelings, food gathering and traveling. They connected our ancestors to our land, culture and language. Storytellers shared more than the story itself. Stories also answered questions about life, love and relationships, providing instructions about appropriate behavior and conduct.

Traditional stories took time to tell. Gifted storytellers engaged their listeners with the stories’ characters by animating voices and the sounds of nature. People visualized places, feelings, sights and sounds that helped them to remember a story. Today, churches and longhouses owned and operated by our people continue to follow traditional storytelling teaching methods and incorporate an interfaith philosophy.

Some stories are owned by particular families, like owning a book—handed down generation to generation within their family. It is important to respect and remember to acknowledge the person who teaches you a story. Other stories were shared and all storytellers had the right to tell these stories.